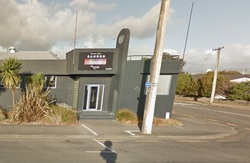 The Company was established in 1921 as a tie manufacturer by Peter Zander’s father and uncle. It was in this family’s ownership until 2005 when the present owners bought Peter out allowing him to retire at an age where he was still young enough to enjoy Life.
During all the years of business it has held many licences to produce ties and apparel, some of which are still held today. It was the longest Christian Dior licensee when the Dior label was dropped from our range in 1990. We also had the licence to produce children’s apparel under the Snoopy licence and also ski gear under Head. However, once the impact of Chinese made apparel became obvious, we made the decision to go back to making what we did best – ties.
Sander Apparel has held the licence to produce the All Black ties both at retail and Team level for many years now. It is the licence that we are most proud of and we have added cuff links to the licence in recent years.  In 2005 we won the licence  to produce ties for the 2005 Lions Tour of New Zealand and will be doing the same again in 2017.  The many licences held by Sander Apparel over the years have gradually been dropped as it has become apparent that it is our designs that sell the range - not necessarily the label.
We currently export 40% of our production into Australia where we have 7 full time agents. Our main area of business in Australia is fashion but we are looking to grow this market by adding more souvenir and Corporate ties to the mix. We employ 3 full time agents in New Zealand who cover all the retail sector on a two weekly selling cycle. This ensures that stores are never without stock as we are able to deliver next day both into New Zealand and Australia.
Sander Apparel Ltd has about 70% of the market share of ties manufactured in New Zealand. We are perceived by those in the retail and Corporate business as being the number one tie supplier in New Zealand. We are not only successful in the retail fashion market but also claim the largest part of the souvenir, Corporate and Club tie market. We are the biggest in New Zealand and one the largest manufacturers in Australia where we have a substantial share of the fashion market.